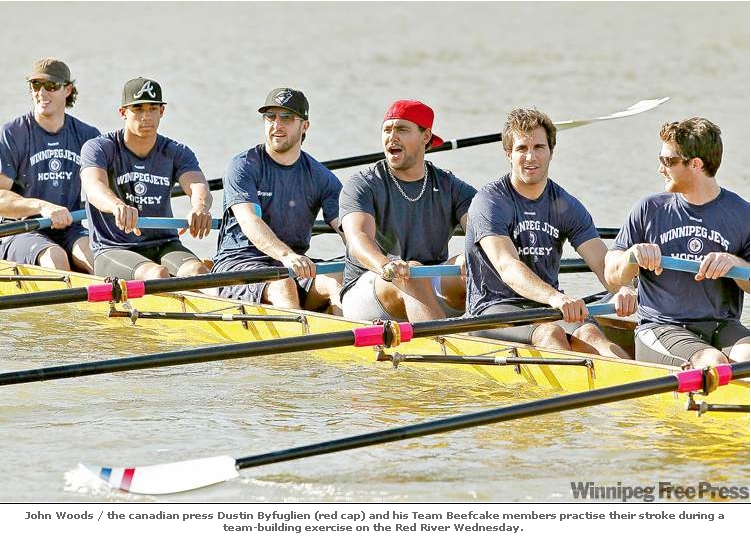 The Winnipeg Jets players, coaches and staff spent Wednesday afternoon on the Red River as they took a crash course in rowing at the Winnipeg Rowing Club.  The team-building exercise allowed the hockey club to try a new challenge, get to know each other better and understand the team work required to be successful in a rowing boat.  The Jets were instructed by rowing club members and former Olympians/national team coachs.

“It was good. It was a great exercise today,” said Jets Head Coach Claude Noel. “You know what, I’ve never done this before, but it was awesome. There were so many lessons to learn and I’m just hoping that our team becomes a better team because of it. I think we will.”

Click on the following links to read more about the exciting day.